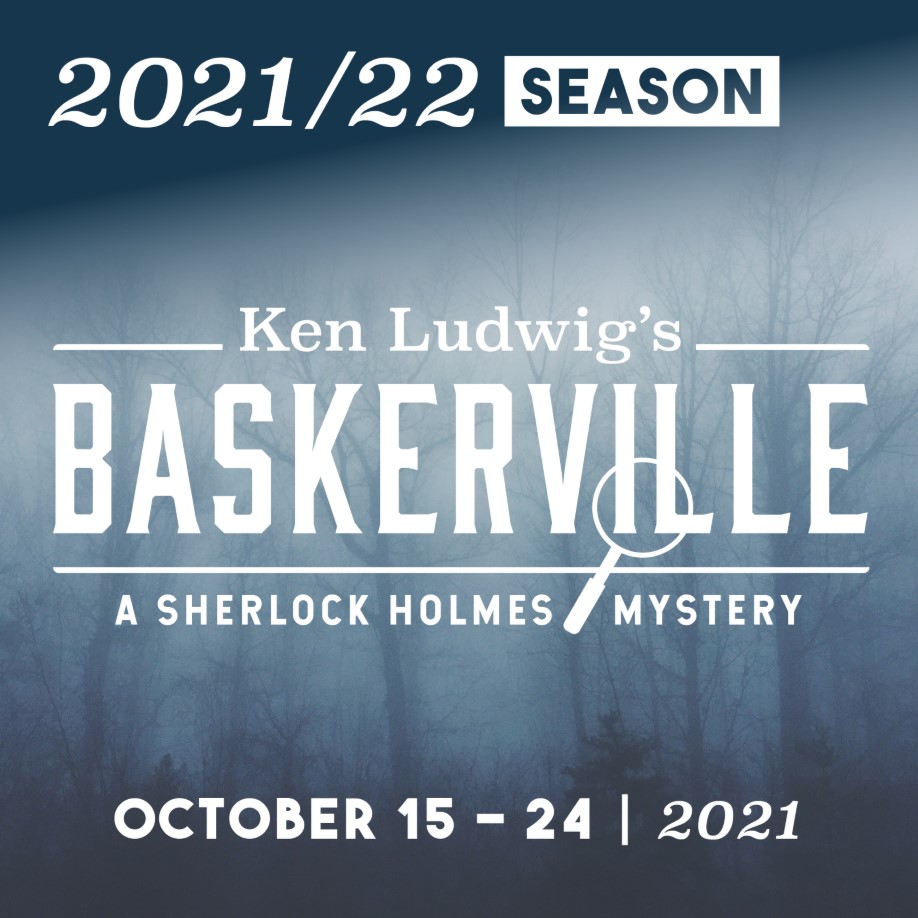 Get your deerstalker cap on — the play’s afoot! Comedic genius Ken Ludwig (Lend Me a Tenor, Leading Ladies, Moon Over Buffalo) transforms Arthur Conan Doyle’s classic The Hound of the Baskervilles into a murderously funny adventure. Sherlock Holmes is on the case. The male heirs of the Baskerville line are being dispatched one by one. To find their ingenious killer, Holmes and Watson must brave the desolate moors before a family curse dooms its newest heir. Watch as our intrepid investigators try to escape a dizzying web of clues, silly accents, disguises, and deceit as five actors deftly portray more than forty characters. Does a wild hellhound prowl the moors of Devonshire? Can our heroes discover the truth in time? Join the fun and see how far from elementary the truth can be. Full of humor, horror, and plenty of stage magic, five actors play nearly 40 roles in this kooky and spooky caper that will have you howling with laughter.

Running Time: 2 hours including a 15 minute intermission
Suggested Ages – Recommended for ages 10 and up