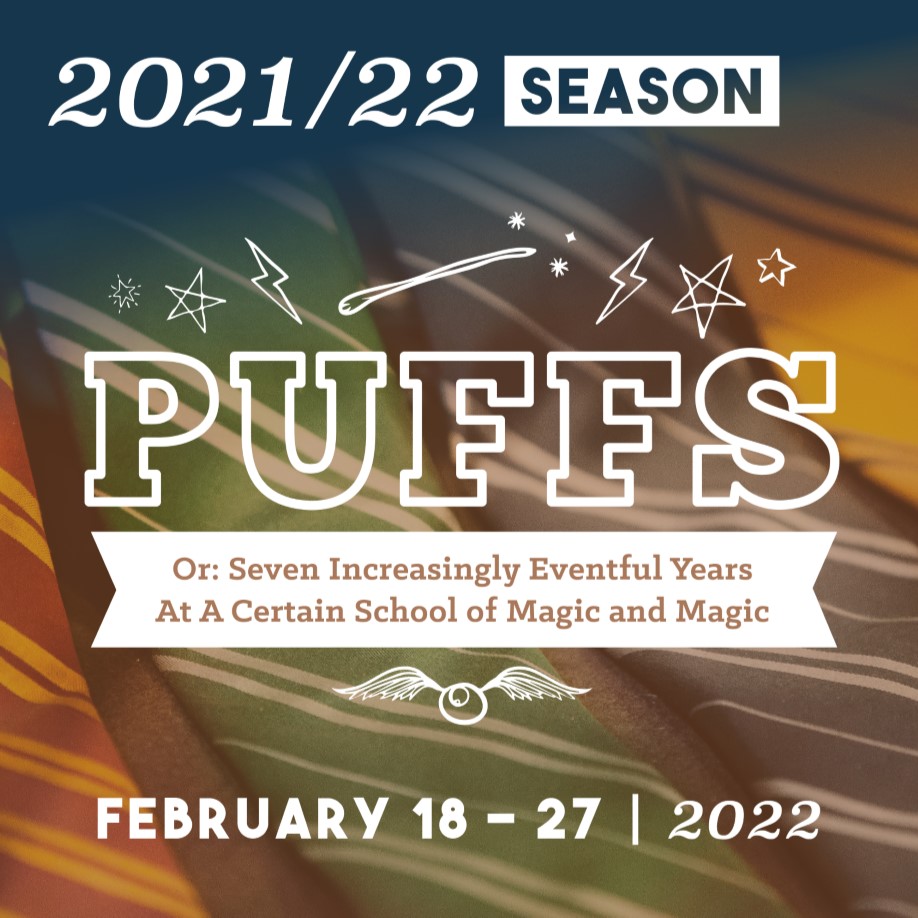 For seven years, a certain boy wizard went to a certain wizard school and conquered evil. This, however, is not his story. This is the story of the Puffs…who just happened to be there too. Puffs; or, Seven Increasingly Eventful Years at a Certain School of Magic & Magic is a tale for anyone who has never been destined to save the world. This clever and inventive play gives you a new look at a familiar adventure from the perspective of three potential heroes just trying to make it through a magic school that proves to be very dangerous for children. Alongside them are the Puffs, a group of well-meaning, loyal outsiders with a thing for badgers. Their epic journey takes the classic story to new places and reimagines what a boy wizard hero can be.

Running Time: 2 hours and 25 minutes including a 15 minute intermission
Suggested Ages – Recommended for ages 13 and up due to some strong adult language. On matinee performances, the show has been lightly transfigured so that wizards ages 8 and up can share in the magic of Puffs, and parents can relax knowing their kids won’t learn any new curses.

By Matt Cox
Licensed by Concord Theatricals on behalf of Samuel French, Inc.